By providing new ways to securely identify individuals and organizations, and record transactions of various types in a distributed manner, blockchain technologies have been heralded as a new tool to address information asymmetries, establish trust and improve governance. The GovLab’s Blockchange initiative, supported by the Rockefeller Foundation, studies the promise and practice of leveraging blockchain to achieve social change objectives across three types of use case: identity, track & trace, and smarter contracting. 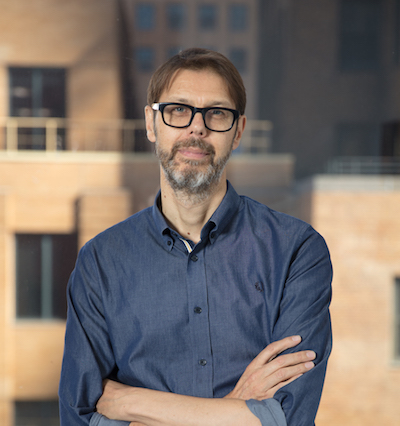 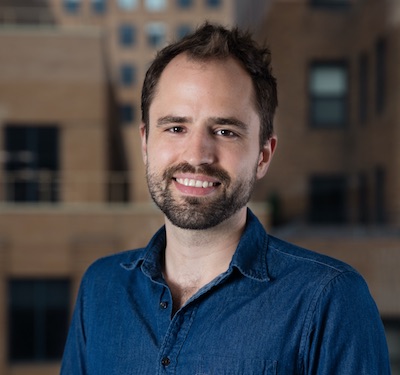 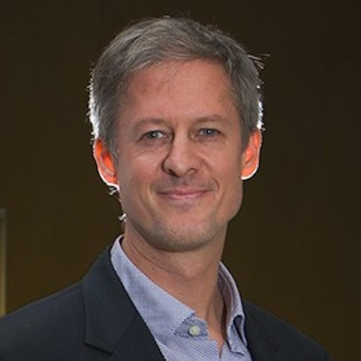 Andrew Hoppin is a serial social entrepreneur, former government CIO, and NASA-trained planetary scientist. His current venture, CoverUS, is a blockchain health data startup that recently won the Consenys Blockchain for Social Impact Hackathon. Previously, Andrew founded and built DKAN, an open source govtech platform acquired by Granicus Inc. Earlier, as the first CIO of the New York State Senate, he was selected by GovTech as the 2010 New York State Public Sector CIO of the Year and by Information Week as one of the "Government CIO 50." Andrew also organizes the New York Government Blockchain Association Meetup, is a Global Impact Entrepreneur in New Zealand's Edmund Hillary Fellowship, and is President of the DC-based good governance NGO Global Integrity. 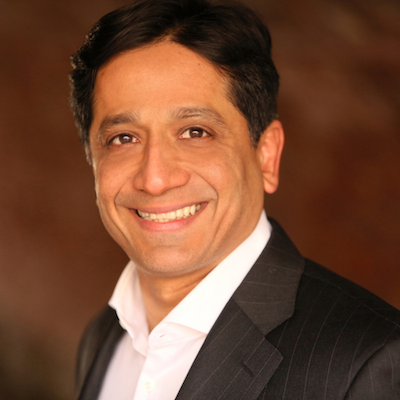 Arun Sundararajan is a professor and the Robert L. and Dale Atkins Rosen Faculty Fellow at New York University’s Stern School of Business, and an affiliated faculty member at many of NYU’s interdisciplinary research centers, including the Center for Data Science and the Center for Urban Science and Progress. His best-selling and award-winning book, “The Sharing Economy,” was published by the MIT Press in 2016, and has been translated into Mandarin Chinese, Japanese, Korean, Portuguese and Vietnamese.

Sundararajan's research studies show how digital technologies transform business, government and civil society. He has published over 50 scientific papers in peer-reviewed academic journals and conferences, and over 35 op-eds in outlets that include The New York Times, The Financial Times, The Guardian, Wired, Le Monde, Bloomberg View, Fortune, Entrepreneur, The Economic Times, Harvard Business Review and Quartz. His scholarship has been recognized by seven Best Paper awards, two Google Faculty awards, an Axiom Best Business Books Award, and a Thinkers50 Radar Thinker Award. He has given hundreds of keynote, plenary and invited talks at industry, government and academic forums internationally. He has provided expert input about the digital economy as testimony to the United States Congress, the European Parliament, and to city, state and federal government agencies that include the Presidential Council of Advisors on Science and Technology, the Federal Trade Commission the National Economic Council, the Federal Reserve Bank, the US Department of Labor, the White House, and the Washington State House of Representatives.

Sundararajan is a member of the World Economic Forum’s Global Future Council on Technology, Values and Policy, and serves on the Steering Committee of their Operating Models for the Future project. He is an advisor to numerous organizations that include the National Academy of Science, the City of New York, the City of Seoul, Walmart Corporation, Cisco Systems, the Female Founders Fund, the Internet Society of China, OuiShare, Samasource, the National League of Cities, the Royal Society for the Arts and the Center for Global Enterprise. He works with tech companies on issues of strategy and regulation, and with non-tech companies trying to understand how to forecast and address changes induced by digital technologies. He teaches in NYU Stern executive education programs in the U.S., Europe and Asia, focusing primarily on digital strategy and governance. He teaches full-time MBA students about hi-tech entrepreneurship, undergraduates about networks, crowds and markets, and doctoral students about digital economics. He is an occasional angel investor. 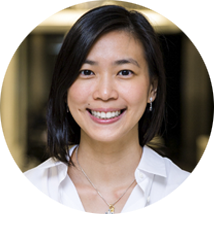 Audrey Tan is the Co-Founder & CEO of Angels of Impact--a platform to fund, support and provide marketplace access to women led social entrepreneurs who work in poverty alleviation in ASEAN. She is also the Architect of Dreams at Playmoolah--a social enterprise which educates children, parents, and young adults about managing money.

Tan’s experience in technology began 10 years ago with online commerce. As part of her stint in Silicon Valley, she rallied product marketing and business development at Qik.com, which was later acquired by Skype. Tan returned to Singapore and set up PlayMoolah, an award winning social enterprise which educates children, parents and young adults about building a positive relationship to money which has a reach of more than 70,000 users impacted around the world.

Tan studied technology entrepreneurship at Stanford University as part of the NUS Overseas College Program. She also published her thesis in Persuasive Technology and Games for Savings and Money Management at NUS. 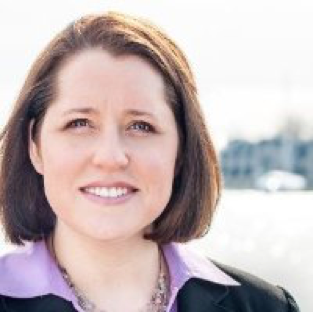 Dr. Cara LaPointe is a Senior Fellow at Georgetown University where she conducts research at the intersection of technology, policy and ethics within the Beeck Center for Social Impact and Innovation. She leads the Blockchain for Social Good project building a framework for privacy and ethics in the implementation of blockchain technology in support of vulnerable populations. Cara came to Georgetown from the White House where she was the Interim Director of the President’s Commission on White House Fellowships, a non-partisan leadership development program. Cara spent over two decades in the United States Navy where she most recently served as the Chief of Staff to the Deputy Assistant Secretary of the Navy for Unmanned Systems helping to lead the Navy’s efforts on unmanned and autonomous systems. During her Navy career, Cara worked both as a Surface Warfare Officer onboard the USS BENFOLD and USS HIGGINS and as an Engineering Duty Officer in numerous roles in the areas of autonomous systems, acquisitions, ship design and production, naval force architecture, power and energy systems, and unmanned vehicle technology integration. Cara is a patented engineer, having co-designed a passive diver thermal protection system for deep-sea divers. In 2013 – 2014, she served as a White House Fellow in First Lady Michelle Obama’s office developing public-private partnerships in support of veterans and military families. Cara earned her Ph.D. in Mechanical and Oceanographic Engineering jointly from the Massachusetts Institute of Technology (MIT) and the Woods Hole Oceanographic Institution (WHOI), conducting research at WHOI’s Deep Submergence Lab on deep ocean autonomous underwater vehicle navigation and sensor fusion algorithms. Cara also earned an M.S. in Ocean Systems Management and a Naval Engineers degree from MIT, as well as an M.Phil. in Development Studies from the University of Oxford where she studied common property management regimes of marine resources in the South Pacific. Cara is a graduate of the United States Naval Academy with a B.S. in Ocean Engineering and a minor in French. 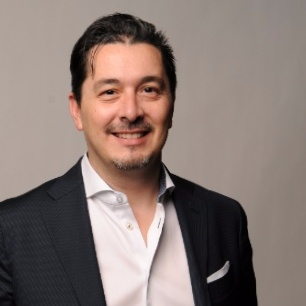 Carlos Santiso is the Head of Innovation for Citizen Services Division at Inter-American Development Bank. Dr. Santiso has been pioneering initiatives to curb corruption globally, leveraging tech for integrity with a special interest in the potential of blockchain technology. He has worked in fragile states and emerging economies in Africa and the Americas strengthening open government and promoting public integrity. In the past two decades, he has worked in over two dozen countries in various capacities in multilateral development banks, bilateral aid agencies, and policy think tanks. He previously served as the sector manager for governance at the African Development Bank between 2007 and 2011, as governance adviser to the British government aid agency between 2002 and 2007 and as senior operations officer at the International Institute for Democracy and Electoral Assistance between 1996 and 2000. He started his career as an adviser at the French Prime Minister’s Office between 1995 and 1996. He is a founding member of the board of adviser of the Centre for Democratic Governance in Burkina Faso. Dr. Santiso holds a Ph.D. in comparative political economy from Johns Hopkins University (2006), a master in international economic policy from Columbia University (1995) and a master in public policy from the Institut d’Etudes Politiques of Paris (1993). He has written extensively on democracy and governance and aid. Dr. Santiso was a resident fellow at the Rockefeller Foundation’s Bellagio Centre in September 2016 and is a member of the Public Sector Strategy Network of the Salzburg Global Seminar. 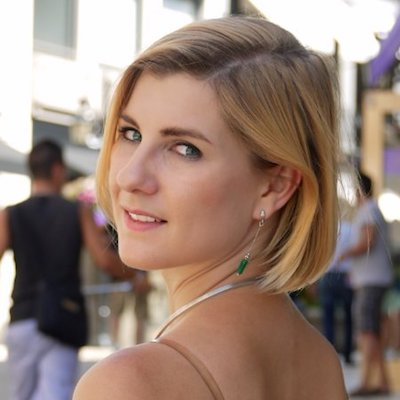 Marta Piekarska is the Director of Ecosystem at Hyperledger, a collaborative effort to promote a cross-sectoral use of blockchain. She has a bachelor’s degree in Electrical and Computer Engineering from Warsaw University of Technology and a double Master from Computer Science and Informatics at Technical University of Berlin and Warsaw University of Technology. Her undergrad Thesis was on Voice Encryption on the Android Platform and her graduate work focused on GPU-aided Payload Delivery on Linux Kernel. Piekarska recently received her PhD in User-Informed Design of Privacy Tools, while working for for the Silicon Valley startup, Blockstream, as their Security Architect. Previously, she was associated with Deutsche Telekom as the Lead Architect on the Future of Mobile Privacy, a collaboration with Mozilla and Deutsche Telekom improving Firefox OS. As a Post-doc, she also teaches and works at TU Berlin. Her technical interests are covered by what she does – user-informed privacy and security, applications of blockchain beyond cryptocurrency, and lock picking.

We want to hear from you!

Are you a blockchain researcher, practitioner, technologist or policymaker currently using blockchain technologies for social change or interested in creating Blockchange? Tell us more about what you’re working on and let’s find a way to collaborate!

Contact Us
This is an example footnote! This is a link
close